So there you are, playing Scribblenauts Unmasked the new DC Universe themed puzzle game from Warner Brothers Interactive (for the Wii U, Nintendo 3DS and Microsoft Windows) and all of a sudden you see...!!! 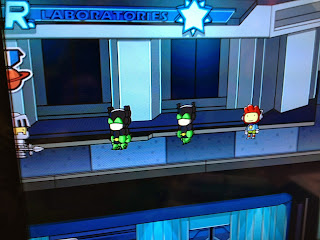 Wait a second, is that Bedbug in Scribblenauts Unmasked? Why yes it is! Let me repeat that... BEDBUG IS IN SCRIBBLENAUTS UNMASKED!!! My very own creation Bedbug appears in the highly anticipated puzzle game that features over 2000 characters from the DC Universe... and one mighty bug-hero from the world of independent comics! 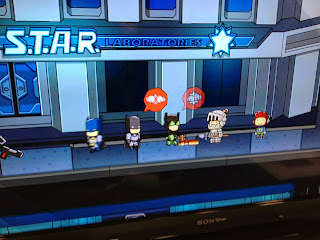 Hold the bat-phone!!! An indy superhero in a major comic book company's video game?! THIS IS A FIRST IN VIDEO GAME HISTORY! But how the heck did Bedbug the single-father superhero, end up rubbing shoulders with the likes of Batman, Superman and the Justice League? 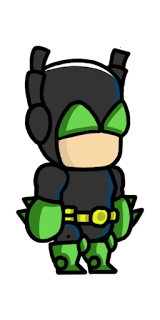 Many years ago, while I was a creative manager at the video game publisher THQ, I was lucky enough to work with Scribblenaut Unmasked's super-talented developers 5th Cell - the creators of Drawn To Life, Drawn to Life The Next Chapter and Lock's Quest (three excellent games you should play!) and became friends with the team. 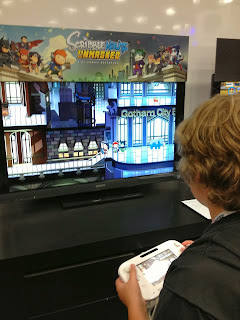 When I was going through chemotherapy for cancer earlier this year, I used my disability time to write and draw Bedbug #1. (available here!) Well, it just so happened that the President of 5th Cell was following my trials and tribulations on-line and asked if I'd like Bedbug to appear in their upcoming game. I was thrilled, but even more thrilled when he told me the game was Scribblenauts Unmasked. 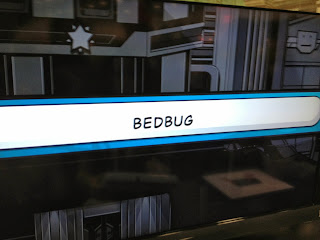 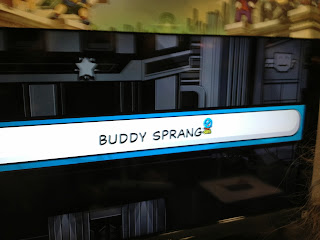 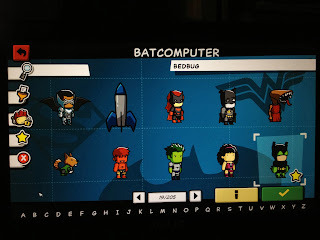 I couldn't believe it would happen, but at San Diego Comic Con, I was able to see it for myself. If you enter "Bedbug" or "Buddy Sprang" into Scribblenaut Unmasked's word editor, the leapin' lawman himself will jump into action! 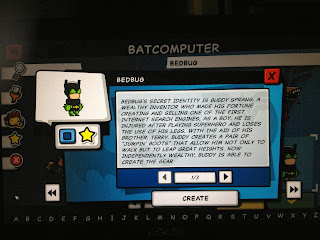 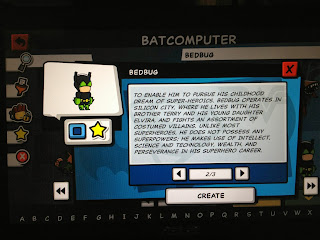 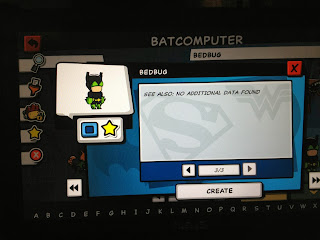 What makes this extra special is, not only do I really like the Scribblenauts games, but I am a HUGE DC Comics fan and knowing that Bedbug will be standing side by side with DC's iconic heroes and fighting against the vilest villains (especially my favorite, the Killer Moth!) - well, this comic fan's dream has come true! 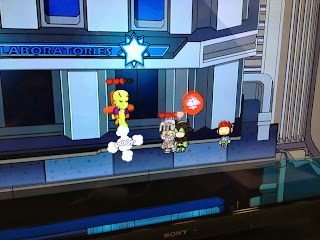 Bedbug vs. the Killer Moth! 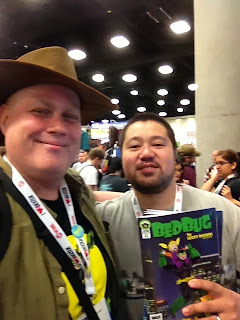 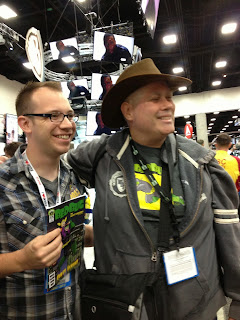 I really want to thank the fine folks at WB Interactive for making this happen and my good friends at 5th Cell for being so thoughtful and generous. Scribblenauts Unleashed is available everywhere video games are sold, so go buy a copy and tell 'em Bedbug sent ya! 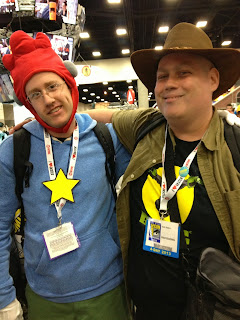 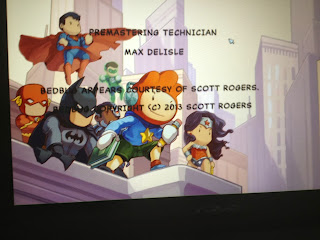 That is SUPER awesome! CONGRATS!!!

Thanks Roshawn! I still pretty amazed that it happened!