Hero Initiative X-Men auction! (or who let this guy in?)

There is a great charity organization called the HERO INITIATIVE that helps comic book creators in their time of need. They started a series of projects (the first one I heard of was the Ultimate Spider-Man 100 covers project: http://www.coverbrowser.com/covers/ultimate-spider-man-100) that featured original covers by some of the best creators in comics. The best part was, fans could own these comics by bidding on them in an auction and the money would be used to help comic creators. Or in their own words:

The Hero Initiative creates a financial safety net for comic creators who may need emergency medical aid, financial support for essentials of life, and an avenue back into paying work. Since inception, the Hero Initiative has been fortunate enough to benefit over 50 creators and their families with over $500,000 worth of much-needed aid, fueled by your contributions! It's a chance for all of us to give back something to the people who have given us so much enjoyment.

When I was asked to take part in their next X-Men related 100 covers project, how could I say no? Here's the comic cover I ended up creating: 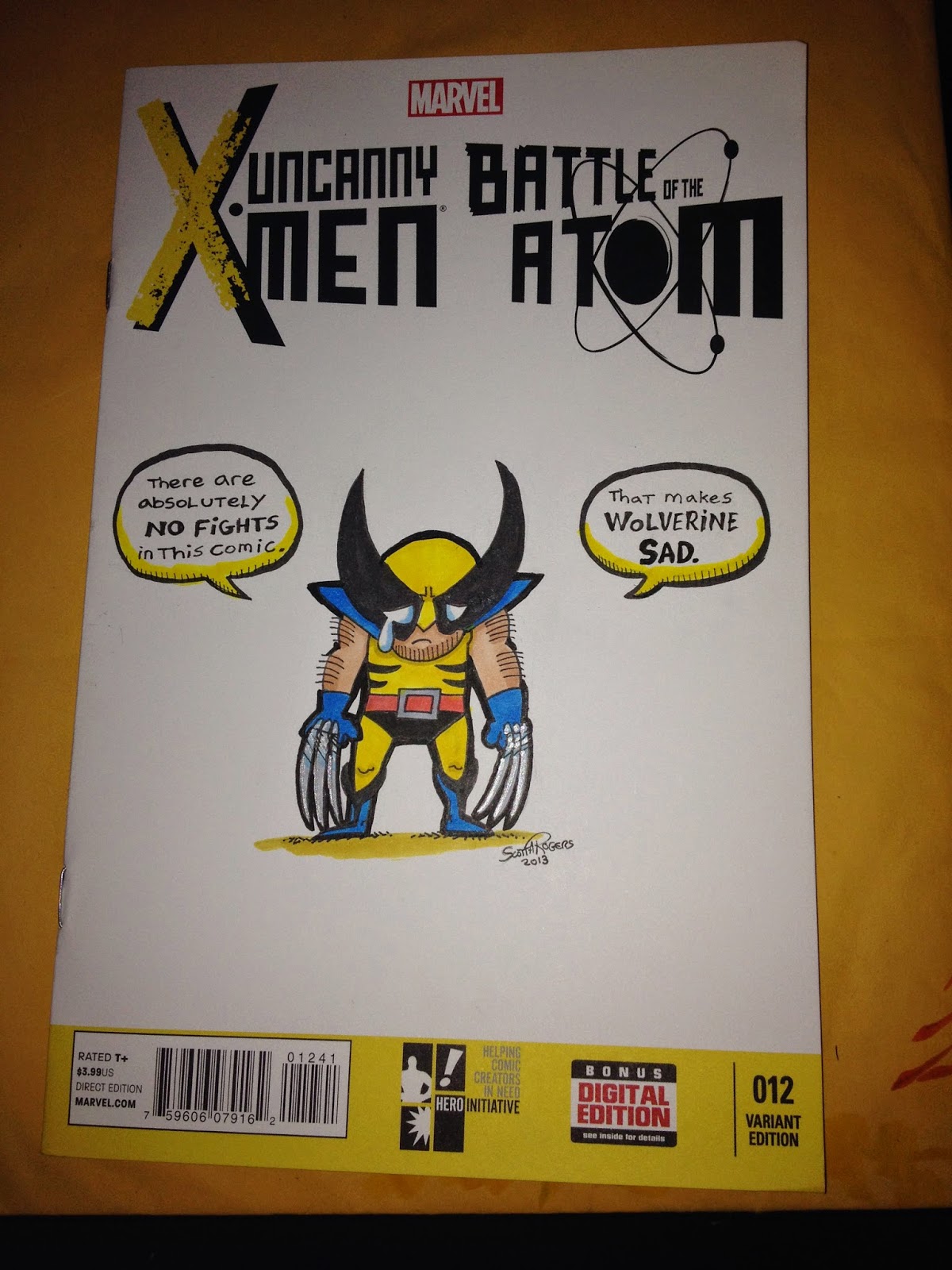 Then I saw the covers of the other artists involved (you can see them here: http://www.heroinitiative.org/spage.asp?p=108&ti=The+Uncanny+X%2DMen+100+Project )
Amazing covers by some of the best artists ever in comics - Alan Davis, David Bullock, John Romita Sr., Rick Leonardi, Chris Bachalo, Michael Avon Oeming, Jerry Ordway, Phil Jimenez, John Cassaday, Fred Hembeck, Dan Brereton, Bill Sienkiewicz, George freakin' Perez!!! The list goes on and on!
HOW THE HECK DID I END UP IN THE COMPANY OF THESE AMAZING ARTISTS???
Doesn't matter! Here's what does. My contribution comic is up for auction on eBay. I not only want to raise as much money for the Hero Initiative as I can, but I don't want to be the comic that sold for the lowest amount (They are currently selling for around $200 or more!)
You can help by bidding on the comic here: http://www.ebay.com/itm/Hero-Initiative-X-Men-100-Project-ORIGINAL-cover-SCOTT-ROGERS-/301202688839?pt=LH_DefaultDomain_0&hash=item4621144b47
Please help the Hero Initiative by bidding on this comic. It's for charity! Thanks in advance for supporting the Hero Initiative! (For more information visit http://www.heroinitiative.org/)﻿
Posted by Killer Moth at 8:01 PM

A happy ending to the story. The comic raised over $200 for the Heroes Initiative!