Since the creation of the internet, everyone with a computer and a passing knowledge of Batman has posted their "The Greatest Batman Stories Ever Written" lists. Most of them are redundant or just flat-out suck. Their lists all read the same. They always have the "The Dark Knight Returns" (awesome) and "The Killing Joke" (awesome) and "Death in the Family" (not very good) on them. If you are a newbie bat-fan, you might not think there are any other good stories out there.

But there's a reason why Batman has persisted through out the years. There have been scores of great stories written about him and his amazing world. I'm not bragging (well, maybe a little) when I say that I've read every Batman comic story ever printed. And here is my informed list of great Batman stories you might have missed or not seen on any of those other more predictable lists (comics are not listed in any particular order, they are all great): 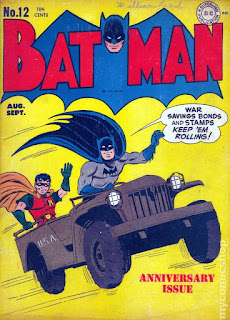 1. Batman #12 - "Brothers in Crime" by Don Cameron and Jerry Robinson
Batman has a lot of cool collectables in the Batcave. Batman fans might know about the T-Rex robot and the Giant Penny (which is NOT from a Two-Face story btw) and the Red Hood, but do you know about the chain-mail vest? In this classic Golden-Age story, Peter Rafferty is released from prison, but his attempts to go straight are thwarted by the influence of his brothers, who force him back into a life of crime. They plot a crime spree centered around a chain-mail vest and what happens is the stuff great storytelling is made of. 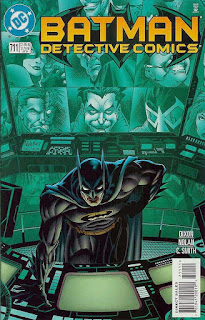 2. Detective Comics #711 - "Knight Out" by Chuck Dixon and Graham Nolan
Of course, a comic numbered 7-11 has to start in a convenience store! Batman doesn't make much of an appearance in this Bruce Wayne centered issue, but it shows that no matter what Bruce is doing, he's Batman 24/7. There's one especially great scene where Bruce ID's all of the crooks working as waiters at a swanky party they're about to rob. 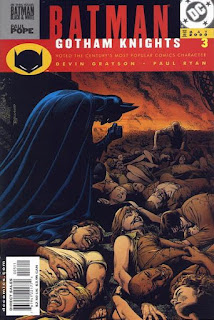 3. Gotham Knights #3 - "Broken Nose" by Paul Pope
The main story is pretty forgettable, but the real star of this issue is the back-up black and white story by the always amazing Paul Pope. Batman gets his nose busted for the first time battling the armored villain, Dr. Mabuse and Pope's description of what it feels like to have a broken nose is dead-on. The ending has a great pay-off too. 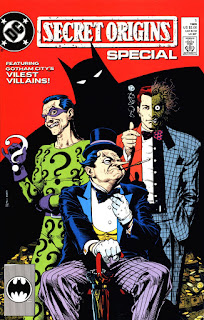 4. Secret Origins Special #1 - "When is a door?" by Neil Gaiman and BEM
Published during the rise of the "grim and gritty" trend of the late 80's, the Riddler laments the loss of innocence in Batman comics - something we still have never recovered from. It's touching and funny and a great reward for long-time Batman readers. 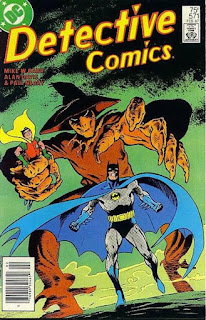 5. Detective Comics #571 "Fear for $ale" by Mike Barr and Alan Davis
Over the 75 plus years of Batman comics, there have been dozens of Scarecrow stories where the villain has scared victims to death and tried to discover Batman's greatest fear. In this story buried in the middle of Barr and Davis' amazing run on Detective Comics, Barr flips the script. The Scarecrow is removing fear from those who need it and blackmails them into buying the antidote. When Batman's greatest fear is revealed, it serves as a melancholy harbinger just a few years before DC's 1-800-KillRobin stunt. 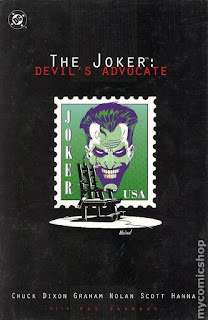 6. The Joker: The Devil's Advocate - by Chuck Dixon and Graham Nolan
This is the best Joker story you've never read. When Joker is finally sentenced to death, Batman realizes that the clown prince of crime might not actually be responsible for the crime. As the clock ticks down, Batman struggles between seeking justice and upholding the law. A great potboiler with some of the best characterization of the Joker since the Killing Joke. 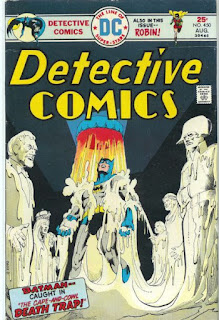 7. Detective Comics #450 - "The Cape and Cowl Conspiracy" by Elliot S. Maggin and Walt Simonson
Batman is faced with one of his greatest deathtraps when an assassin is hired to recover the caped crusader's cowl. The story is twisty fun and has one of the best punch lines in a Batman comic. The art by a young newcomer (at the time) named Walter Simonson is pretty amazing stuff. 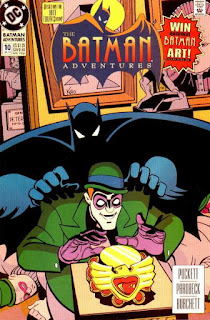 8. Batman Adventures #10 - "The Last R?ddler Story" by Kelley Puckett and Mike Parobeck
Although Bruce Timm/Paul Dini's perfect Batman story "Mad Love" gets all of the attention, many of the issues of Batman Adventures are really good, with incredible art by the late, great Mike Parobeck. When the Riddler encounters a riddle he can't solve, he turns to the next smartest person he knows to solve it - Batman. It's a fun romp featuring appearances by the Bat-editors Denny O'Neil and the late Archie Goodwin. 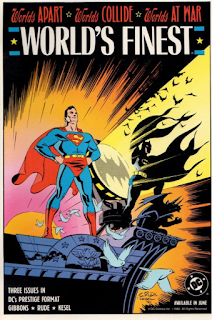 9. World's Finest (3 issues mini-series from 1992) by Dave Gibbons and Steve Rude
Batman and Superman team up to stop a feud between Joker and Lex Luthor (what? again?) but what makes this story special isn't Gibbons' (the artist of Watchmen) light-hearted writing or Steve Rude's amazingly deft page layouts but the fact that Batman and Superman actually manage to work together again six years after the World's Finest friendship was destroyed forever in Frank Miller's Dark Knight Returns (and subsequently in the mainstream comics and the upcoming movie) The story is a nice reminder of what made the Batman/Superman friendship so great to begin with. 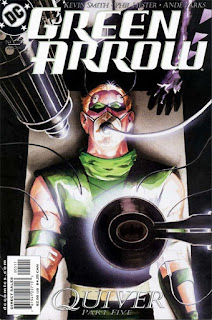 10. Green Arrow vol 3. #5 "The Anatomy Lesson" - by Kevin Smith and Phil Hester
While the title of this story is a homage to Alan Moore's classic Swamp Thing story, the homages don't stop there. Batman examines Oliver Queen's unconscious body to prove it is really the Emerald Archer back from the dead and not a clone or a robot. Batman lives up to his title as "World's Greatest Detective" as he cross-references appearances from stories printed in Detective Comics (where Green Arrow was a long-time back-up features) based on his scars and other physical features. It's another love-letter to readers of both Batman and Green Arrow stories and Batman comes off as actually brilliant - something that hasn't been done in years since.

Well, there you have it. The ten best Batman comics you've never read. Happy Batman Day 2015 bat-fans!
Posted by Killer Moth at 2:09 PM 4 comments: Links to this post